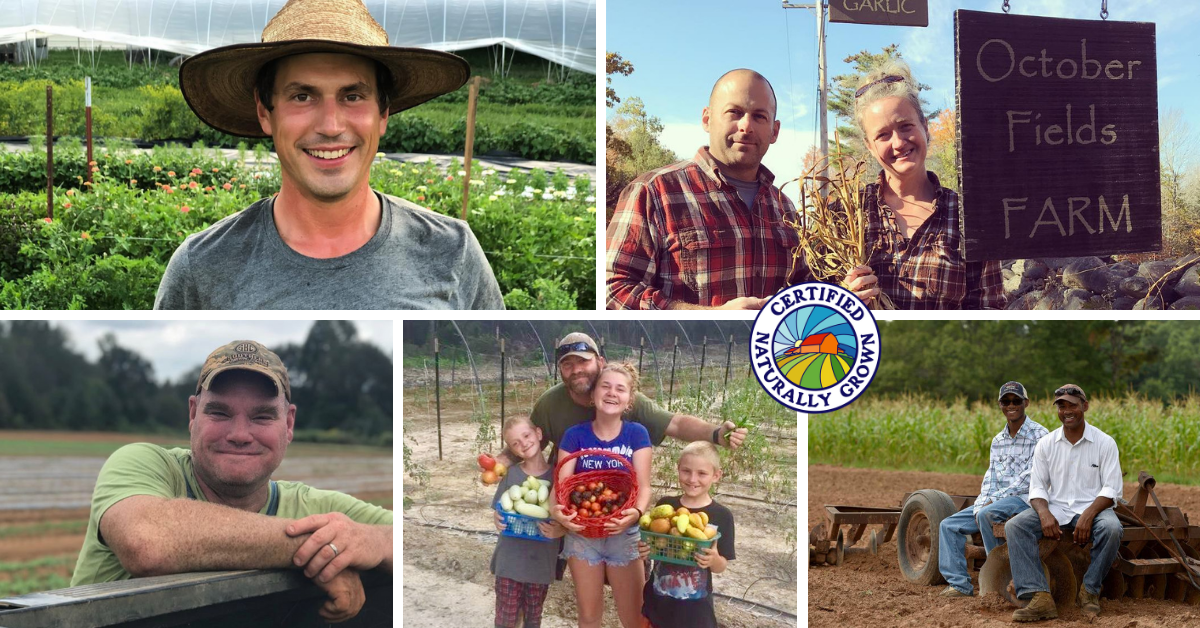 To enter a career in the armed forces, you're going to need a bushel of stamina, agility, and faith. Farming isn't too different - it's certainly not for the faint of heart, and it calls for a diverse skillset you won't often find in civilian jobs. Here are just some of our valued veteran Certified Naturally Grown farmers who have extended their public service after returning home from the military. This Veteran's Day, join us in expressing gratitude for the their work as they continue to protect our land, our waterways, and our health with their CNG crops. 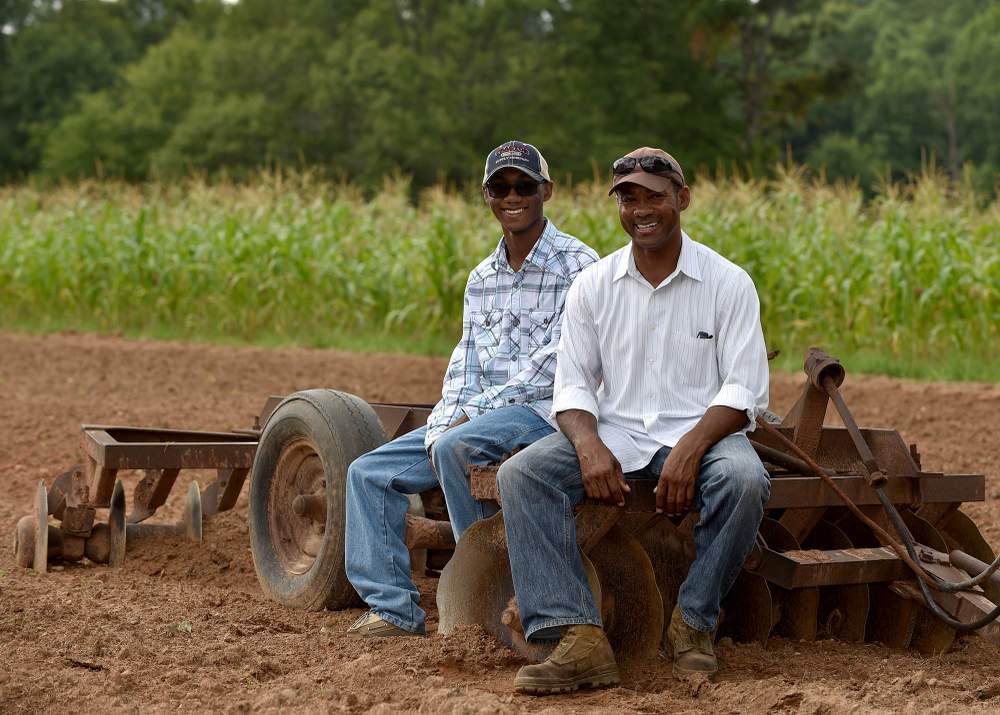 Father and son Addis Bugg Senior and Junior of Bugg Farm proudly work side by side on 162 acres that's been in the family since Addis' great great grandfather T.J. purchased the land after being emancipated from slavery. After growing up on the tractor alongside his father and grandfather, Addis Sr. found a good fit in the Marines with his farm-earned work ethic. He remained in the service for nearly 30 years, then returned home to his ancestral land to produce CNG vegetables for his community through local markets like the West Georgia Farmers Co-operative. 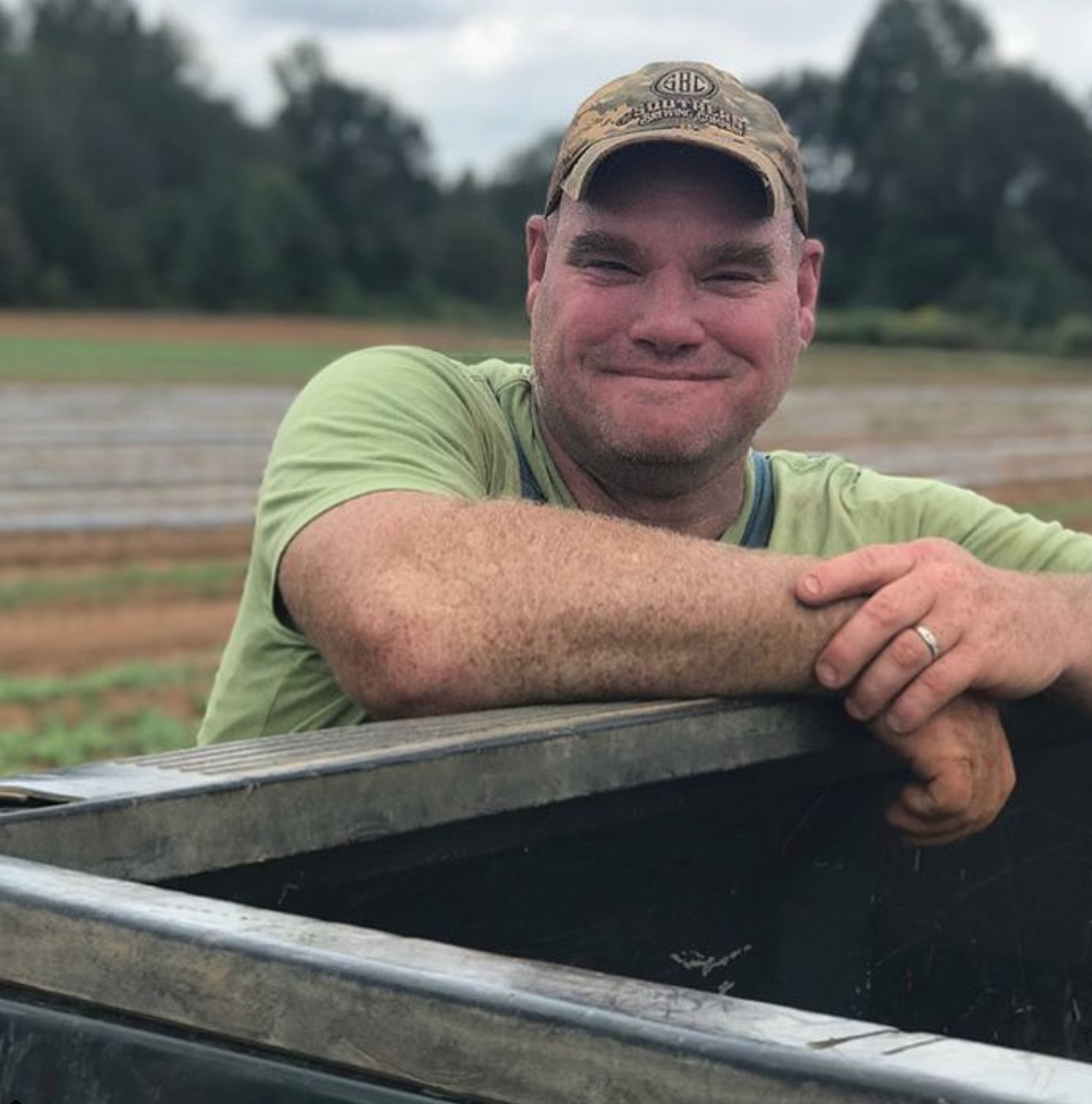 Cass Fraunfelder of Finch Creek Farm is only in his seventh year of farming after "retiring" at age 43, but you wouldn't know it from his boisterous enthusiasm for the work. He spent four years in the military before becoming a full-time Certified Naturally Grown vegetable farmer. Of his past life, he says, "[After the military] the work ethic is there, the drive is there, the patience is there. It’s a commitment...You don’t look back, you just go out and put more seeds in the ground. You just do the best you can." 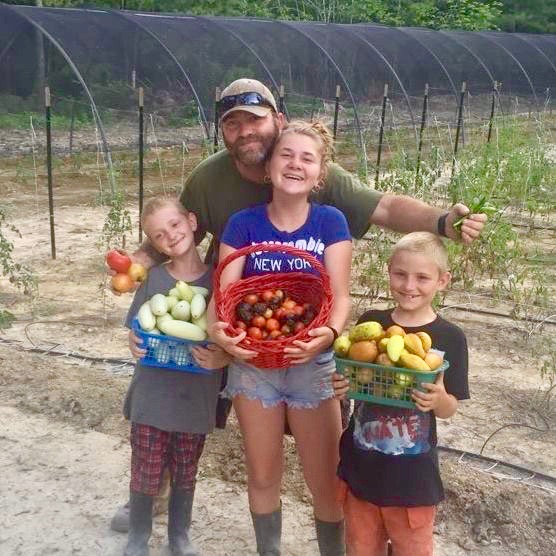 Erik Robbins learned about Certified Naturally Grown as an alternative to USDA Organic while enrolled in the Veterans Sustainable Agriculture Program at California Polytechnic University, and decided to incorporate CNG into his final business plan presentation. Forgotten Pines Farm started small, growing vegetables on less than an acre, but Erik looks forward to expanding after picking up the Homegrown by Heroes certification in 2017. He sees farming as a way to be a positive force in his community for a natural future. 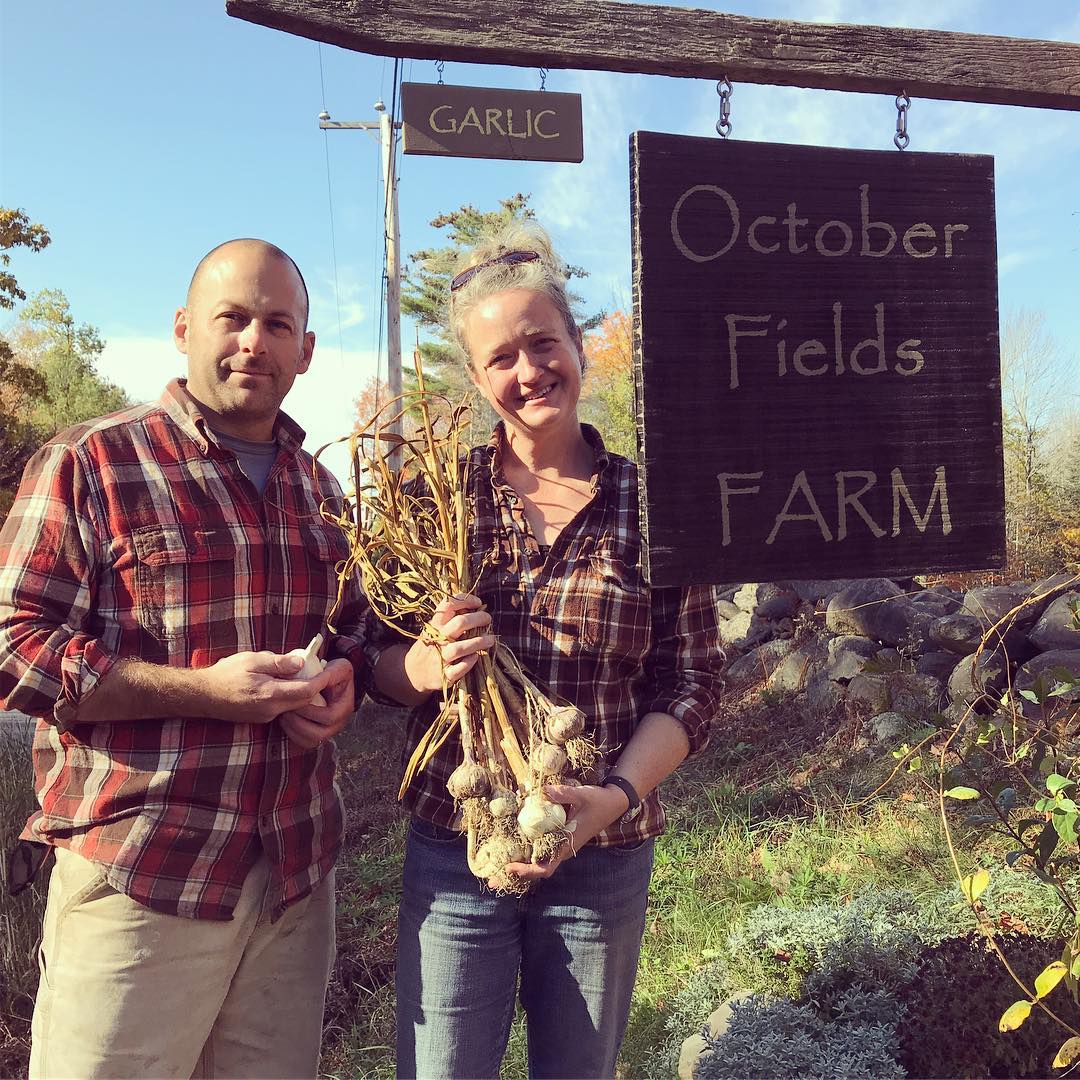 How could you go wrong with a last name like Lover? Christopher Lover served in the Army in the early 1990s, then returned home to earn a degree in Criminal Justice. He's worked in law enforcement and public service while sustainably farming mostly garlic and herbs with his wife, Sloane. The Lovers use sunshine, rain, and "gentle hands" to make October Fields Farm a place that cultivates awareness of healthy living. 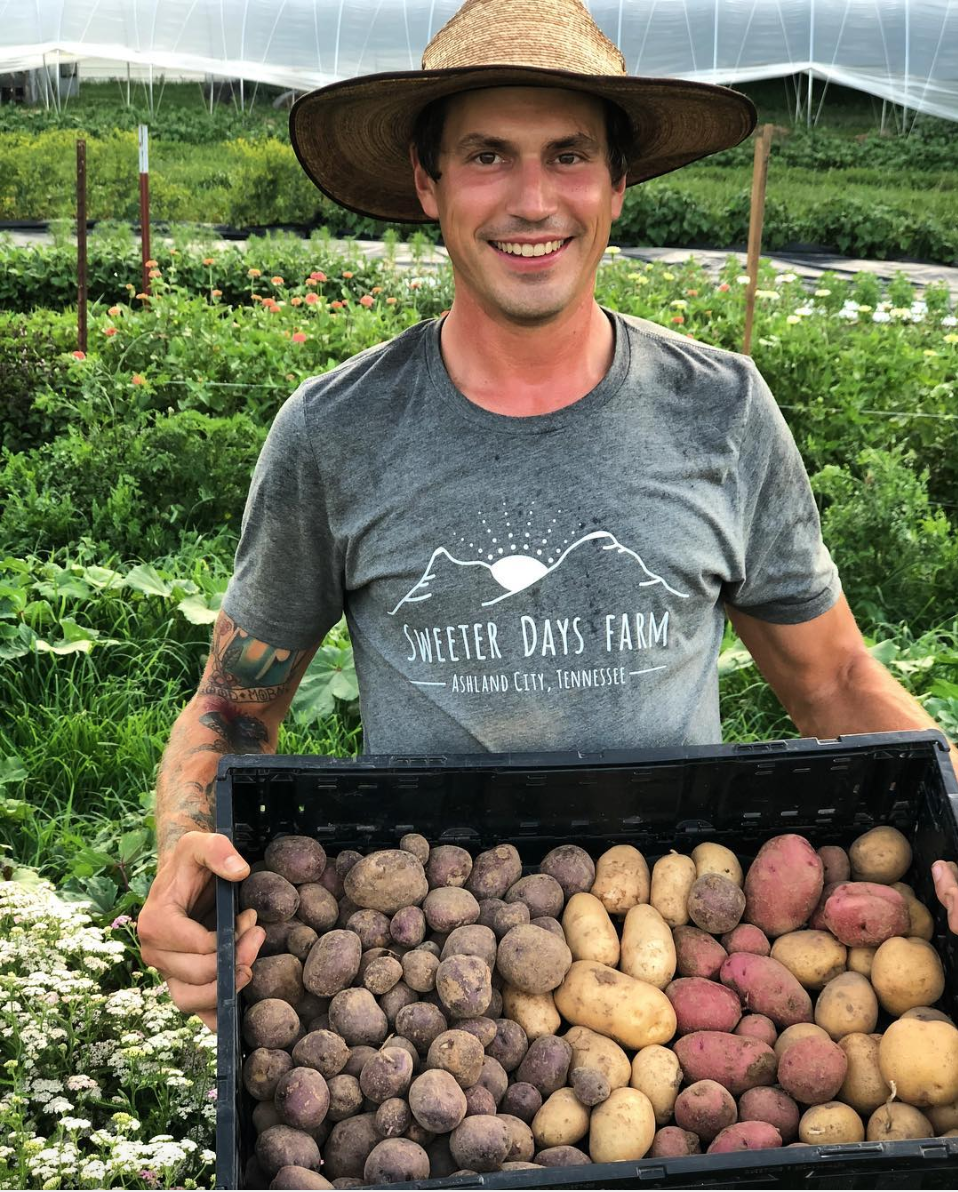 Todd Bentley is one of four folks who grows CNG vegetables, cut flowers, and culinary herbs at Sweeter Days Farm. He joined the Army after earning a degree in Forest Resources, and deployed to southern Afghanistan as a combat medic with the 25th Infantry Division. Todd realized he needed to seek a new profession that would "restore peace in [his] heart," and after working on farms in Alaska and Tennessee, he founded Sweeter Days farm with his wife and another couple. The farm name actually comes from a letter Todd received from his mother during Ranger School that reads, "Dear Todd...Sweeter Days Are Coming."

If you like what you read, we invite you to spread the word!

Suggested Facebook post:
For many veterans, service doesn't end after returning home from the military. This Veteran's Day, join me in expressing gratitude for veterans who continue to give back as Certified Naturally Grown farmers. #CNGgrit https://www.cngfarming.org/5_veteran_sustainable_farmers

Suggested Tweet:
For many veterans, service doesn't end after returning home from the military. This Veteran's Day, join me in expressing gratitude for veterans who continue to give back as Certified Naturally Grown farmers. #CNGgrit https://www.cngfarming.org/5_veteran_sustainable_farmers