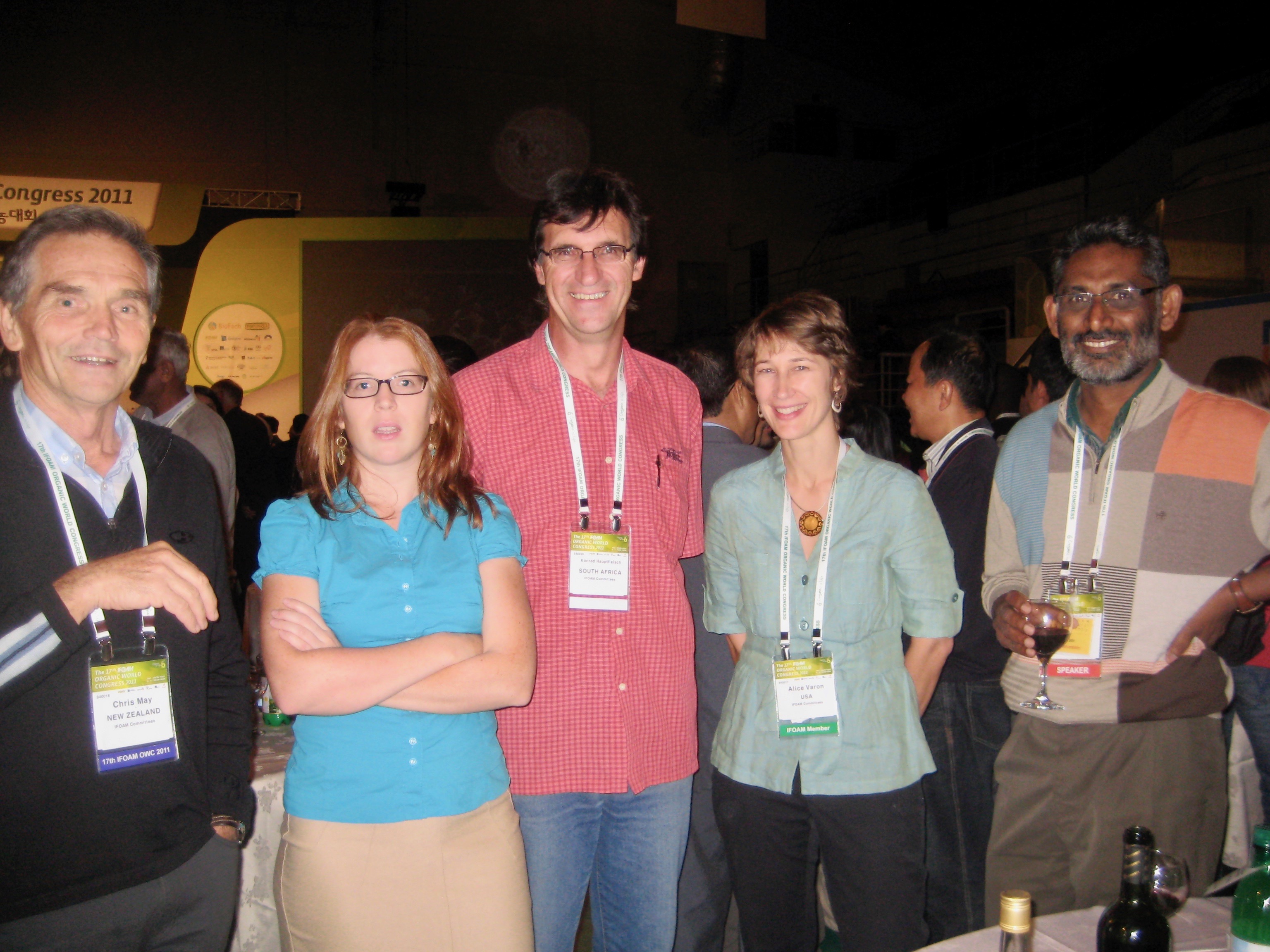 Did you know Certified Naturally Grown's peer-review inspection model is part of a much larger worldwide movement?

CNG is a participatory guarantee system (PGS), in which community stakeholders are active participants, and inspections are typically carried out by other farmers. The PGS model promotes knowledge sharing about best practices and fosters valuable local networks that strengthen the farming community. As a matter of principle, and to encourage participation and growth of the organic movement, the PGS approach minimizes paperwork and keeps certification dues affordable.

PGS are actively recognized and embraced by the International Federation of Organic Agriculture Movements, or IFOAM-Organics International. We are proud to announce that CNG's Executive Director, Alice Varon, has been reappointed as the North American representative on IFOAM's PGS Committee!

The International Federation of Organic Agriculture Movements (IFOAM) was founded in 1972, and remains the world's organic umbrella organization. The group currently focuses on the following goals:

IFOAM recognizes that PGS - like Certified Naturally Grown - provide an essential complement to third-party certification - like the USDA National Organic Program. PGS provide accessible verification for small-scale and direct-market producers with high standards, who might not otherwise participate in the organic movement.

Though most people in North America are familiar with third party certification, participatory guarantee systems (PGS) like Certified Naturally Grown are increasingly common in countries where direct-market farms predominate, where farms are closer to their consumers (such as those who sell at a farmers market or through a CSA).

IFOAM maintains that PGS requires active participation of stakeholders, and is built on a foundation of trust, social network, and knowledge exchange. If you're a CNG farmer, this should sound familiar, and call to mind your annual inspection!

Certified Naturally Grown is just one of eight PGS worldwide officially recognized by IFOAM - Organics International, and is a recognized leader of the PGS movement.

"The PGS Committee assists the development of PGS, provides advice on how to develop, facilitate and encourage PGS around the world, participates in mid-term and long-term strategic planning for IFOAM’s activities on PGS and identifies and systemizes PGS concepts and tools appropriate for the facilitation and promotion of PGS."

Chris May (New Zealand) Chris is an organic horticulturalist and managing director of Biological Consultancy. In 2001-2003, Bioglobal developed Organic Farm New Zealand, the national PGS system in the country. Chris is still involved in OFNZ as a certification manager, and is a PGS trainer for IFOAM.

Rowena Buena (Philippines) Maria works with MASIPAG as Technical Officer. MASIPAG is a farmer-led network of people’s organizations, NGOs, and scientists based in the Philippines who work together to resist GMOs and synthetic chemicals in agriculture. She completed the Organic Agriculture Development Training organized by Grolink and coordinates the activities of PGS Pilipinas.

Sylvaine Lemeilleur (France) Sylvaine is an agro-economist working with Cirad on agrifood industry transformation and socio-economic impacts on small farmers in developing countries. Her most recent research focuses on the impact of supermarkets and growing standards.

Luiz Carlos Rebelatto dos Santos (Brazil) Luiz is the founder of the Ecovida Agroecology Network, which operates in Southern Brazil to connect farming families, NGOs, consumer organizations, and other social actors. In 2002-2005 he systematized the participatory certification methodology carried out by the Ecovida Network of Agroecology. He is currently studying Gastronomy at the Institute of Higher Education in Brazil. 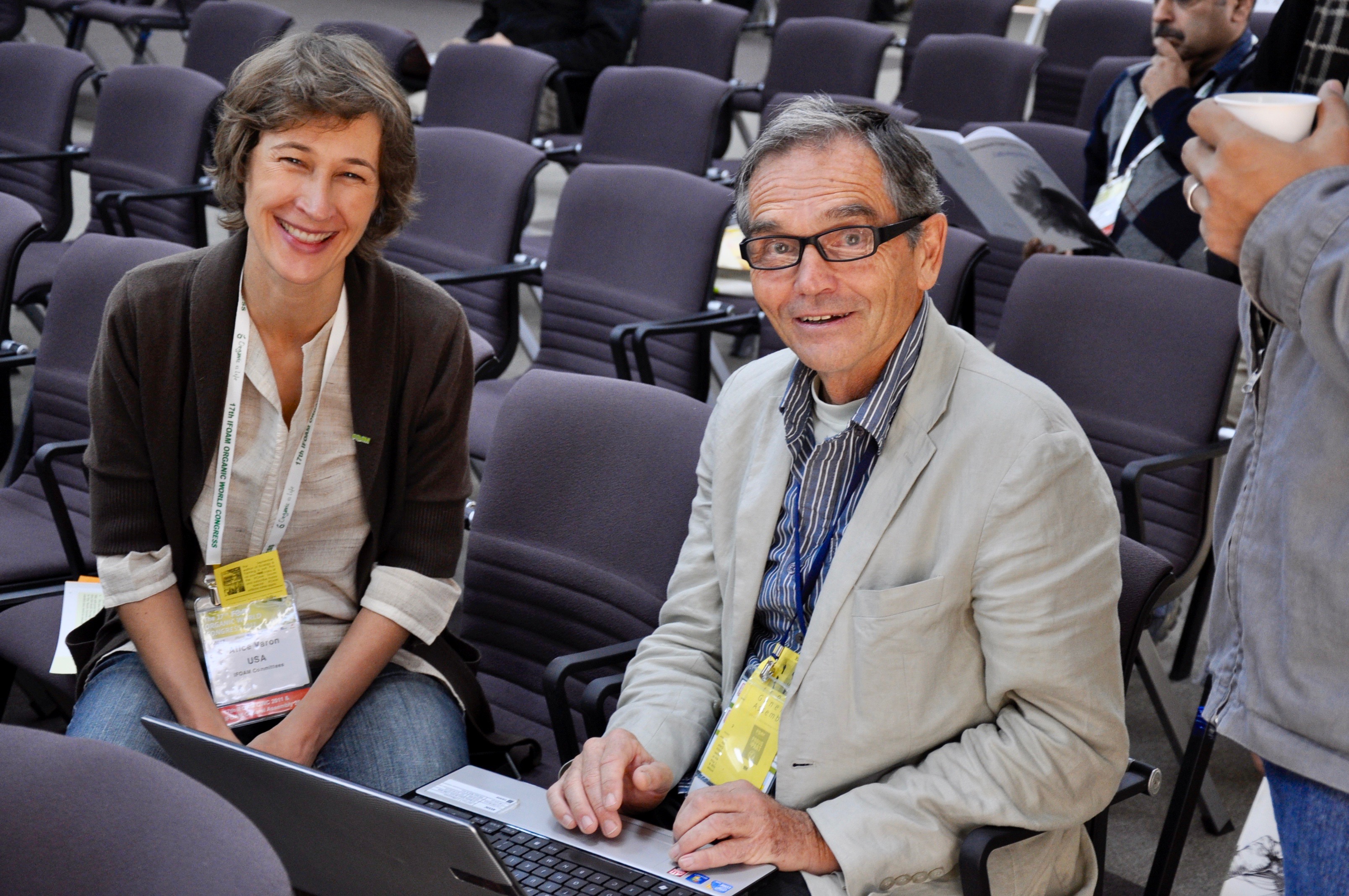 For more about IFOAM on this continent, check out IFOAM North America. This is the official self-organized regional body of IFOAM members in Canada, the United States, and the English-speaking Caribbean. IFOAM North America just recently formed as a separate legal entity in 2018.