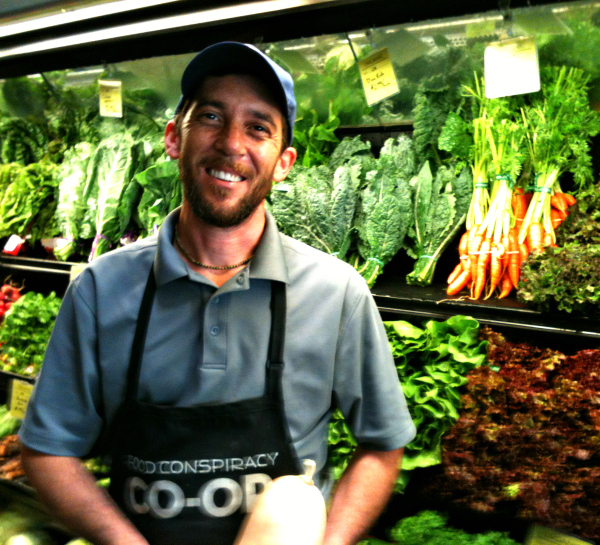 Todd Stadtlander has worked at the Food Conspiracy Co-op in Tuscon, AZ for 9 years, 7 of those as Produce Manager. When he started at the Co-op, he was pretty green about co-ops, sustainable production practices, and GMOs despite his 12 years of experience at a large chain grocery store.

Below, Todd describes how the Co-op and its members have changed his relationship to food, why Certified Naturally Grown is a good fit for the local growers he works with, and what's so dang special about co-ops.

Describe the Food Conspiracy Co-op. We’re a natural foods co-operative that basically started as a buying club in the 70s and has grown into much more.  We sell all organic or CNG produce – we are exclusive on that – and in the rest of the store we do our best to source only organic and GMO-free products. We are owned by the community, and managed by a board of directors that works with the members and they let us know what in direction we should go. 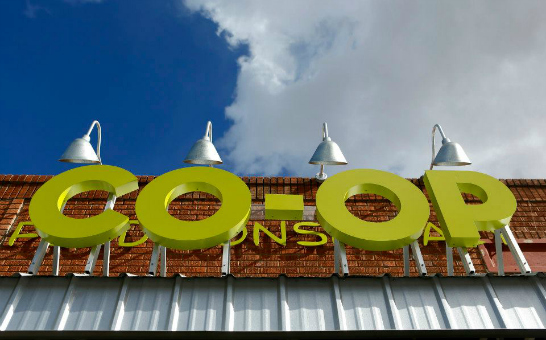 What experiences or jobs prepared you for the position? I started working in the grocery industry right out of high school at Safeway. I worked there for 12 years, and got completely burnt out. I did a little bit of self-employed work doing kitchen remodeling and that wasn’t very successful so I decided to go back to what I knew, and filled out an application at the co-op. At the time I didn’t know what a co-op was, and the concepts of organics and GMO were really new to me. Even having worked in produce for more than 10 years, coming to the co-op opened a whole new world for me in terms of how 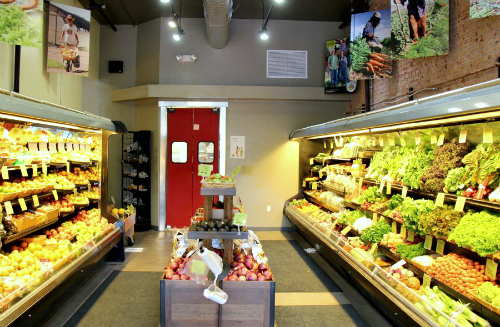 One thing that was helpful was spending some time out working on a farm. It helped me understand more realistic pricing. Those veggies are $2 per pound but they really should be more like $50 just from the amount of work that goes into it. The food here has a story. I can tell you who grew it, when they picked it, and dropped it off.

Why did the Co-op decide to start recognizing CNG?  The CNG program is right along the lines of our goal and belief system here at the co-op as far as the certification program being participatory and farmer-to-farmer. A lot of my growers say their favorite thing is to go visit the other farms. My area of knowledge is mainly in presenting the produce and making it look food, so it’s a relief for me to know that the program is enforced by folks that truly know what goes into growing food out there in the desert. It’s also helpful on a practical level because it gets all of my growers together so they know what each farmer’s major crop is going to be so they don’t repeat too much - I can only move so much zucchini. 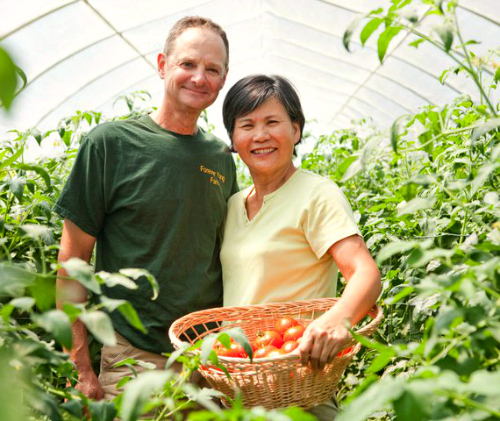 CNG is another way of securing trust of my customers. They like knowing that the local producers are certified by other people who have an investment in making sure that everyone is following along. The inspections aren’t done by an outside person who may or may not have a real knowledge of farming but is good at testing – they are done by someone who is out there making sure there are rotating crops, growing the food right, and taking care of the farm land too. Also, the co-op is community owned, and community focused and that ties in perfectly with the fact that the farming community is responsible for the certification.

Why are co-ops important? The fact that when you come into a co-op you know that people are making decisions based 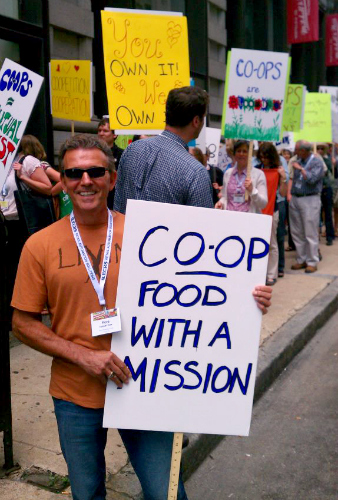 on more than just profit. When I choose to bring stuff in, I’m not going to bring in apples from Chile just because they are available. We’re not going to have watermelon in December and we might only have peaches in June - August. It’s important for people who want a trusted source. You don’t have to go in and wonder.

At co-ops, you have a say in what’s being purchased by the co-op. If the board were to change, and they wanted conventional produce too, we might do that. I might leave, but we could do that. It’s nice to have something where you can make a stand on what you’re eating. You have more voice – you can say “I don’t like this being here,” and can we talk about product policy. Other stores you have no say, other than just not buying something.

What are some of the biggest challenges you’ve encountered? Limited availability of stuff certain times of the year. Apples for example there times of the year like in July, I only have 2 types of apples because they’re the only ones grown in the US. That time of the year, they rest come in from New Zealand and Chile. At Safeway, people didn’t care as long as it was cheap. The shoppers here were so educated, they were teaching me. 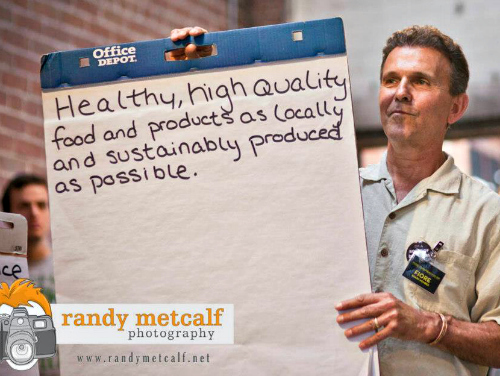 The flip side with buying locally is that here in the desert there are only so many varieties you can grow and only in certain time windows. When all of my suppliers have a surplus of zucchini, I can’t buy enough to prevent them having loss. It’s a challenge to be fair with all the growers and what they have. The trick is letting them know ahead of time. CNG has helped with this; farmers are getting together and seeing how much the others are growing.

What unexpected customer interactions have been especially rewarding? I enjoy seeing the customers come through the door, talking with them, interacting with them and discussing the local produce. How important local and sustainably grown is to them just reaffirms that what I’m doing is the right thing. The customers are so much more educated, so it’s nice to be able to share knowledge and experience both ways. It has made a big difference in my work and how much I enjoy it.

Favorite vegetable? That was another thing: before coming to work here I didn’t eat a lot of vegetables or fruits for that matter, even though I was working in produce at Safeway. Now they are a much bigger part of my diet. My favorites have got to be dino kale, red bell peppers, and broccoli. 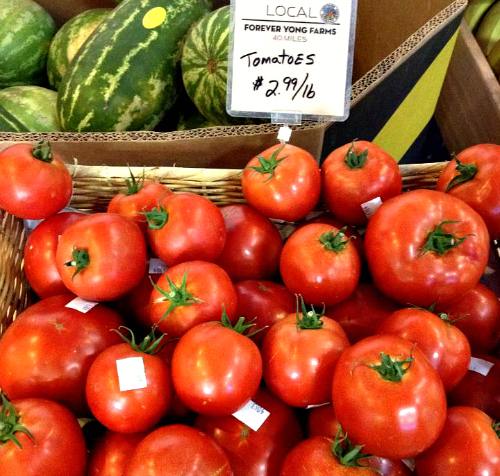 Favorite season? Summer, just because of all the soft fruit. The white peaches we get from Wilcox in particular – I never knew what a peach was until I had one. Oh and the tomatoes we get from Forever Yong Farm – I had never liked tomatoes, but now I only eat them in season.

Getting here is better for my mental health, and my physical health. I’m eating more veggies, and it means more to me that I’m eating dino kale or tomatoes that has all this background. It makes it more satisfying when I’m chopping it up or sautéing it for dinner.

Stop by their fancy new store if you're in Tuscon, or check them out online on the Food Conspiracy Co-op website or on their Facebook page.