A Gathering of the Farmers: Photos! 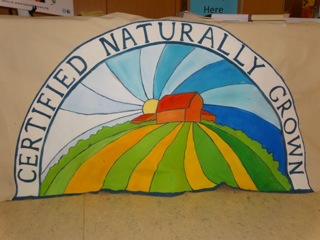 Our first ever Gathering of the Farmers was a big success. We've been dying to show you the photos for weeks now, but it's been such a busy spring (we bet that's something you can identify with!), it's taken us a few weeks to get them online.

Here's a little taste of An Agricultural Revival, CNG-style! 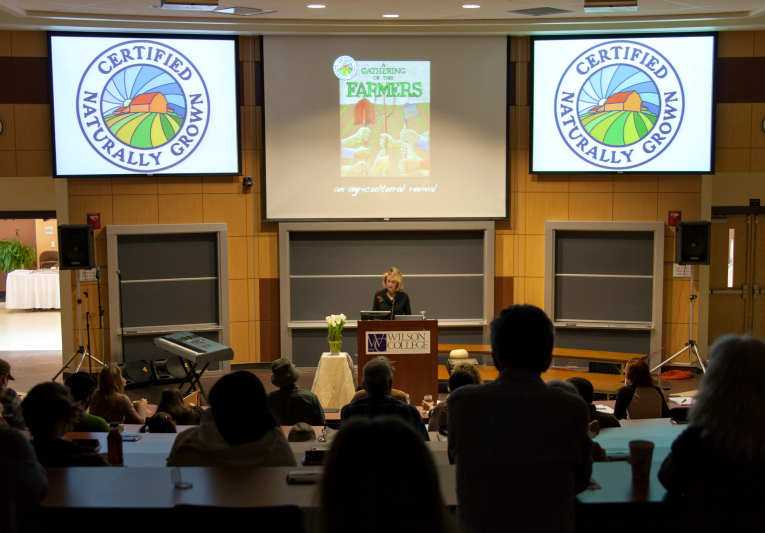 Alice Varon, Executive Director of CNG, spoke to welcome everyone to the event. In cased you missed it, or just want to relive the memories, we posted her welcome address on the blog! (Photo by John Staley.) 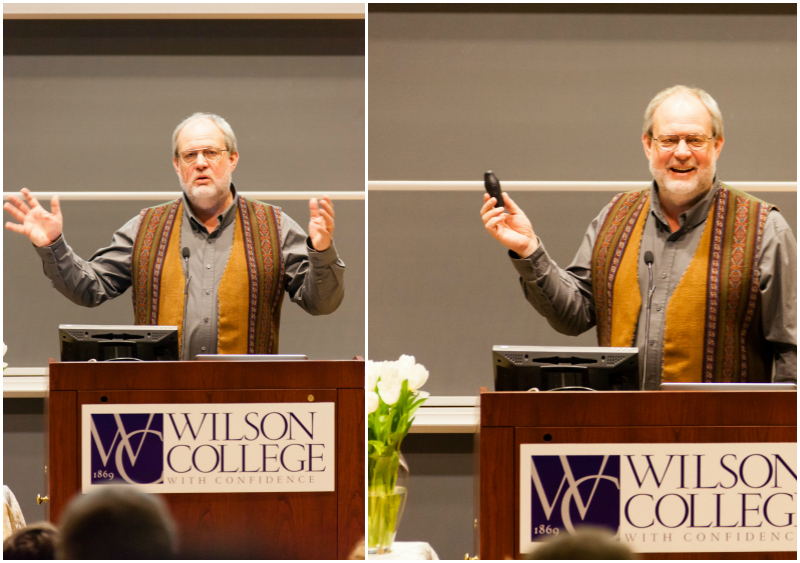 The incomparable Brian Snyder, Executive Director of the Pennsylvania Association for Sustainable Agriculture, delivered the keynote address at the Gathering. (Photos by John Staley.)

BIG THANKS to Sarah Bay for kicking off the Short Takes with "Have a Nice Day from the Fulton Farm," a hilarious account of the talking scale. (Left: photo by John Staley. Right: photo provided by a Fulton Farm CSA member.) 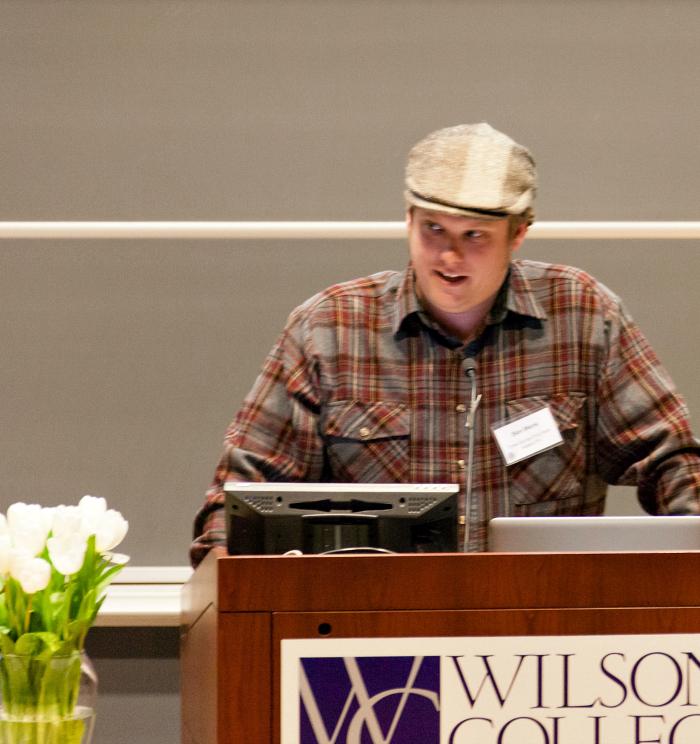 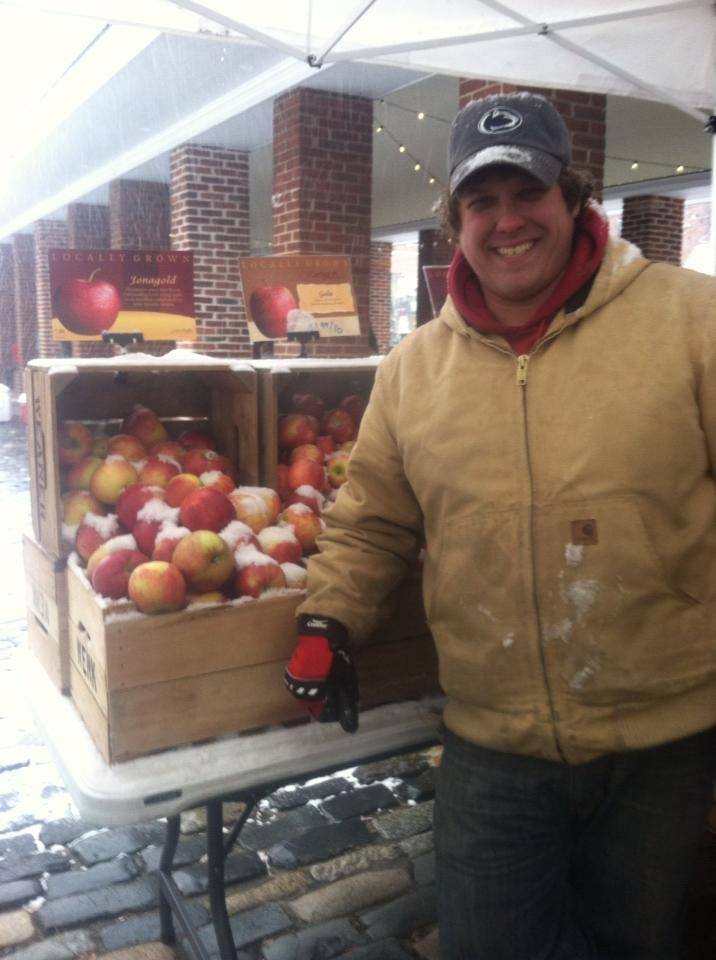 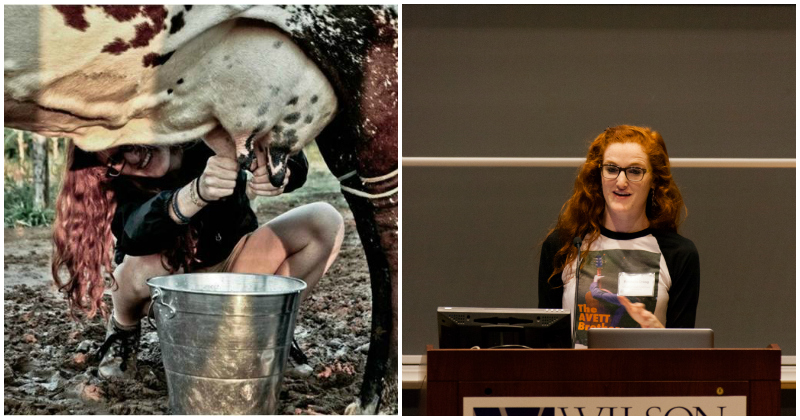 Becca Croog of Painted Turtle Farm -- the student-run farm at Gettysburg College --  was at the Gathering. Her short take was called "Head in the Sky, Hands in the Dirt: Adventures of a Nomadic Farmer. (Left: photo provided by Becca Croog. Right: photo by John Staley.) 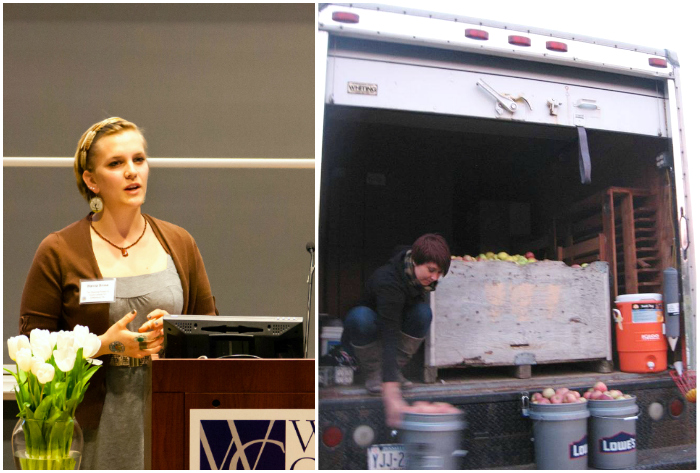 We were inspired by Hanna Grose's short take "Got Food?" in which she described her work with The Gleaning Project of South Central PA. (Left: photo by John Staley. Right: photo provided by Hanna Grose.) 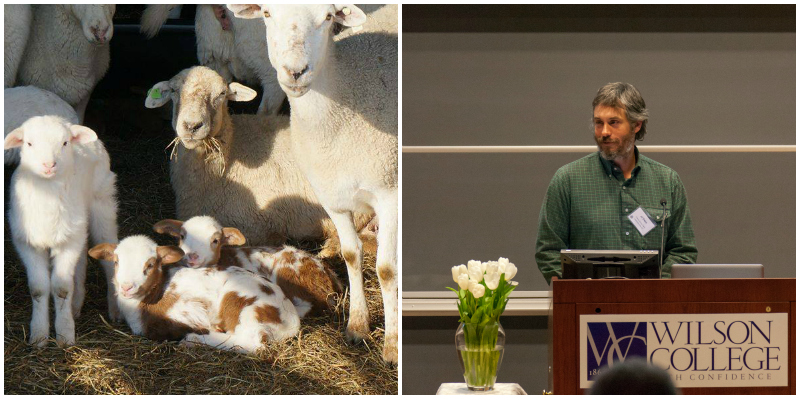 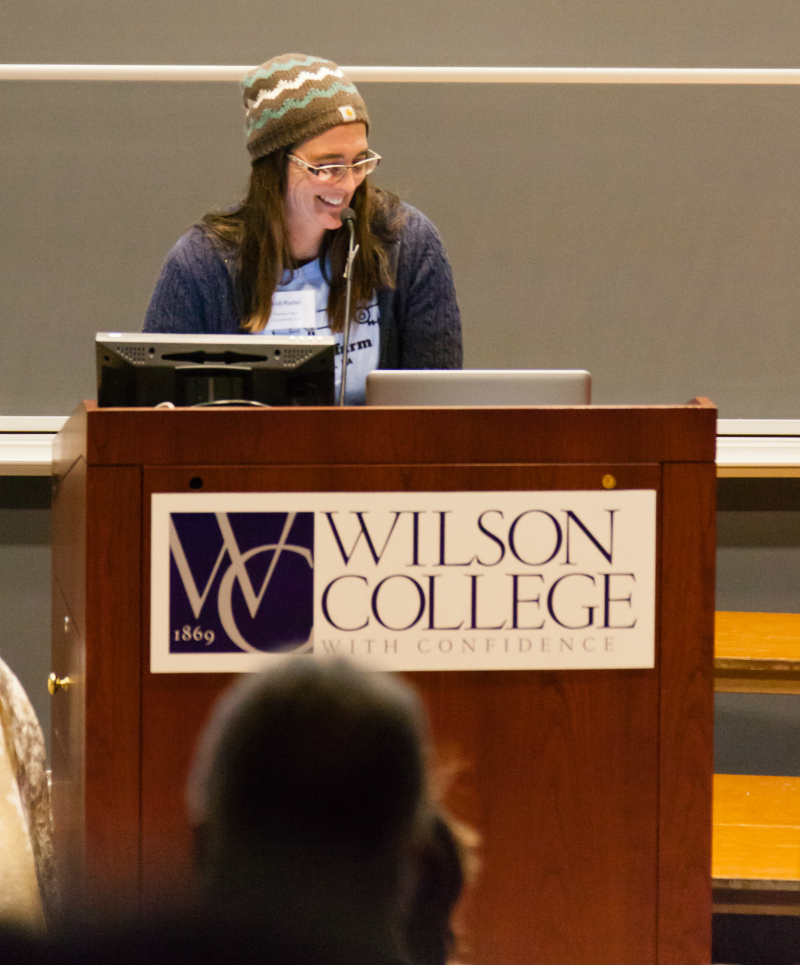 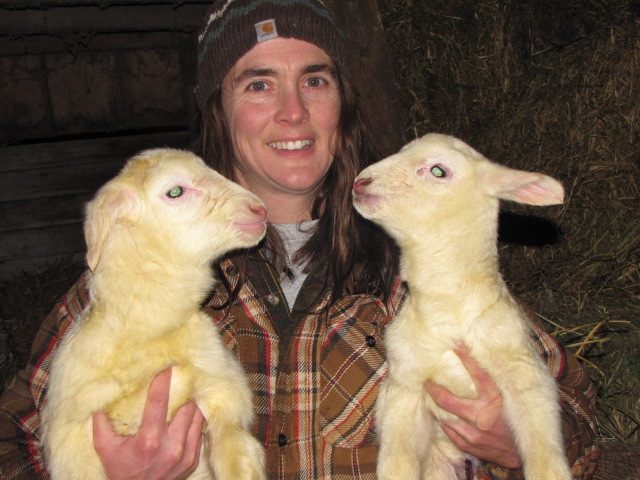 Judi Radel of Yeehaw Farm spoke from experience in her short take --"Farming Through the Years: Some Things Change, Some Things Don’t." (Photo by John Staley.) 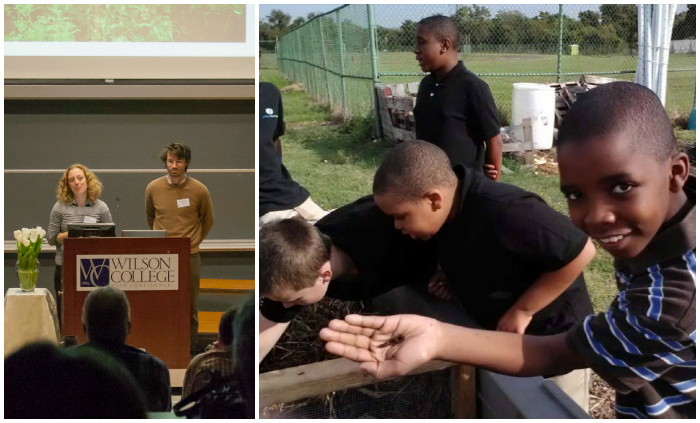 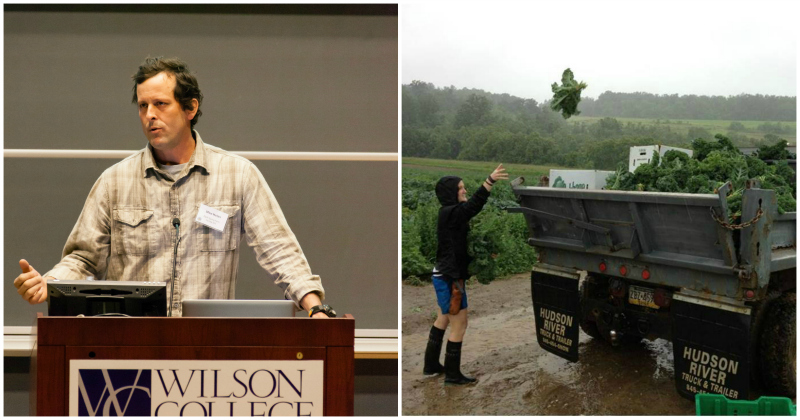 Mike Nolan spoke about "The 'Revival' of the Small Farmer - How we do it at Earth Spring Farm" (Left: photo by John Staley. Right: photo provided by Mike Nolan.) 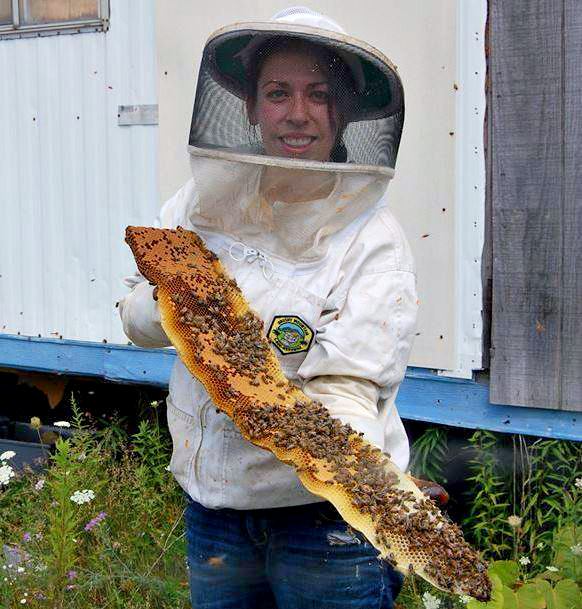 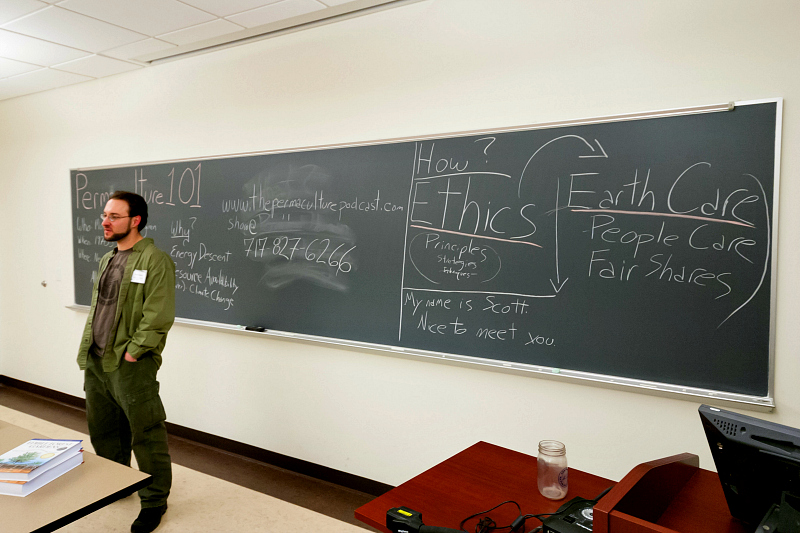 Folks also had a chance to learn about permaculture fundamentals in Scott Mann's workshop Permaculture 101. 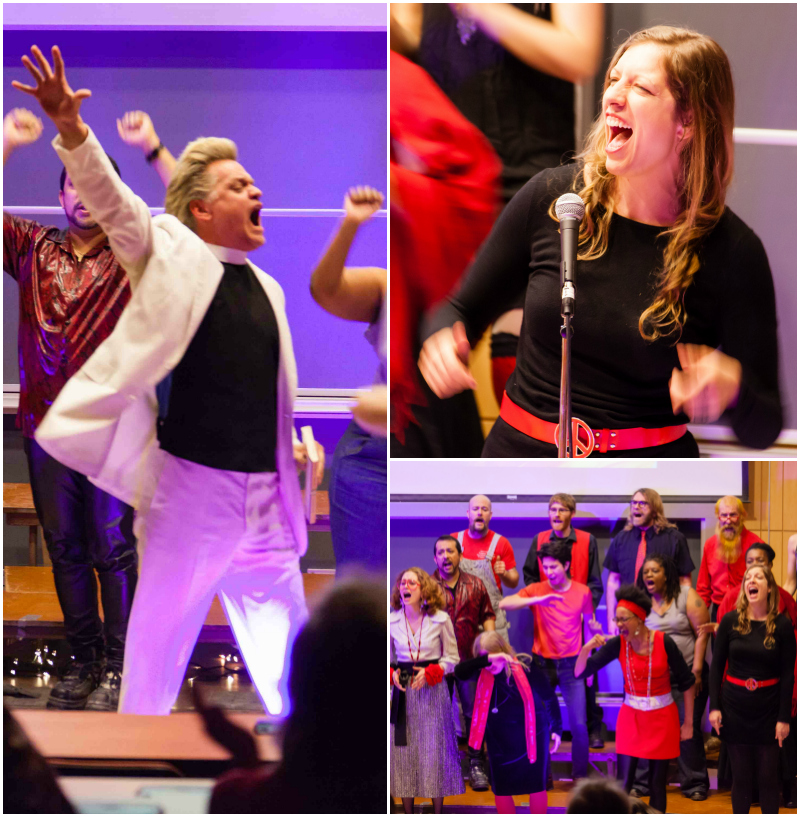 And Reverend Billy and the Stop Shopping Choir were on hand to lift our spirits with some hand-clapping, foot-stomping music. (Photos by John Staley.) 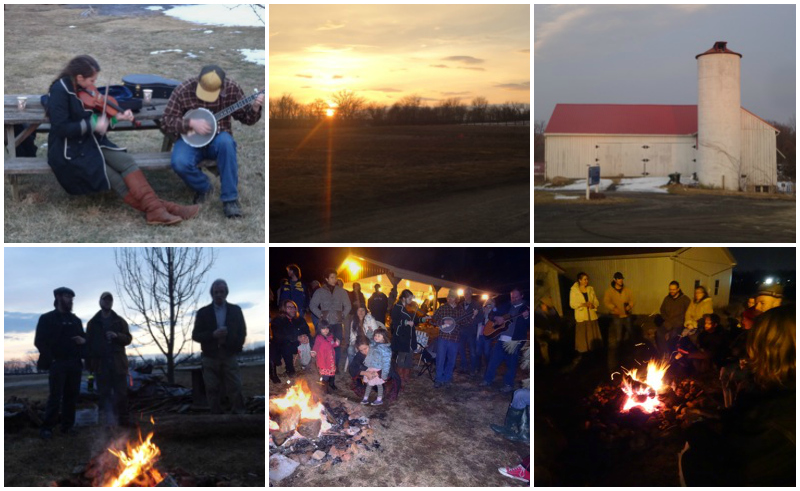 And at the end of the day we had a great time around the campfire with chili, cider, and good music! (Photos by Dianne Elsom.)

Hope you can join us next time for CNG's Gathering of the Farmers!