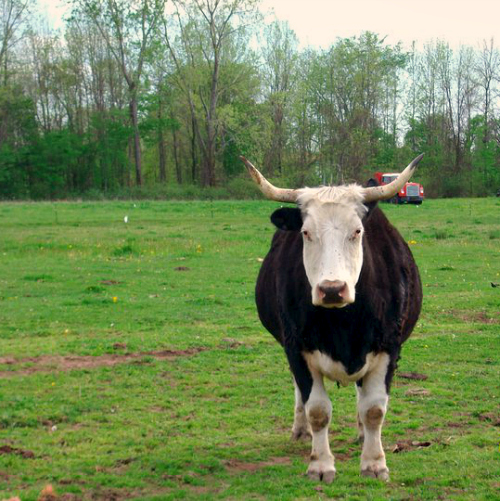 When husband and wife team Cindy Lou Lee and Bob Van Wuyckhuyse were choosing a name for their farm in New York near the shores of Lake Ontario, they went with her name to make sure their customers could pronounce it.

Whether their name had anything to do with it, it sure seems like Bob and Cindy got something right - this year marks their 30th farm-iversary!

We caught up with Bob about everything, ranging from those bulky multi-tools that just "pull [his] pants down", learning from the old timers, and starting a new egg venture with his 10 year old grandson.

Who farms with you? I farm full time, and my wife works full time off the farm. After work she comes home, and is right out there helping with the chickens.

How long have you been farming? Since 1983, so this year will make it 30 years! Something hit me square in the eyes 26 years old, and I said to myself ‘if you ever want anything, you’ve got to settle down and work for it’. That’s when we bought the place. 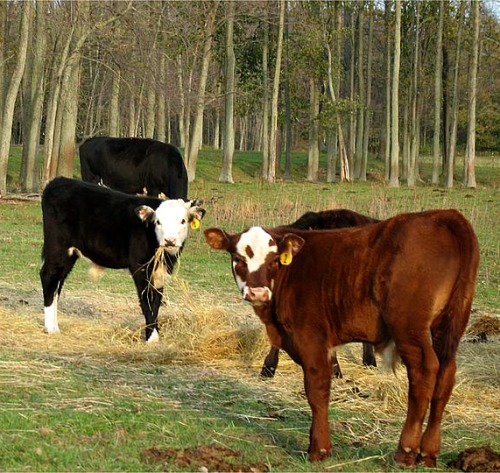 What do you produce? We produce Certified Naturally Grown and Certified Organic beef grass-fed, dry aged. Just this spring we started doing eggs on the request of a customer, Lori’s Natural Food Center.

What are your markets? Lori’s, Fountain of Youth Organics (they were our first retail outlet), Green Hut, plus one farmers market at Batavia, NY.

Why did you get involved with CNG? I remember as a kid in my uncle’s barn, big glass jugs of chemicals with skull and crossbones on it. As I grew older I started to think harder about their putting so much on the crops. I said “look, I don’t want to glow in the dark!” When we started the farm, we always wanted the best for our kids. We started doing everything the way I felt it should be, to be as natural as possible.  I felt that CNG was exactly what we’ve been doing for years. I felt that it was an organization that I had to be part of. I had to have that label on my product.

Favorite farm tool Not one of those pocket tools, they are bulky and heavy and they pull my pants down. Those are my least favorite.  Recently my favorite piece of equipment has been the new John Deer tractor we just bought. Before I always had used, almost wore out tractors, so it sure is nice to have a new piece of equipment.

What's something you learned the hard way on the farm? Aw, just one thing?! If I had something in my head that that was the way to do it, it was awful hard to get me thinking about it different. It’s been trial and error all the way through. I guess if I had to choose something it’d be procrastinating, putting things off to tomorrow. Every time I do that, I kick myself. Something always comes up. But I don’t do a lot of dwelling on the past; ya gotta keep moving forward. 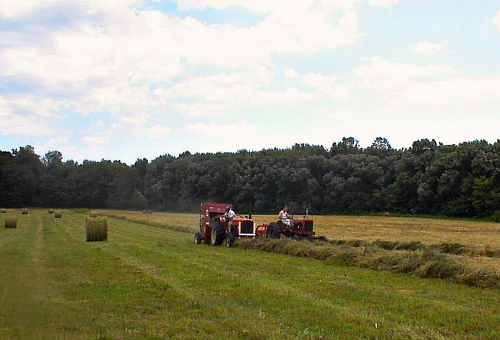 What advice would you give to a farmer just starting out? Listen to some of the older people with experience around you. Don’t always think that your way is right. Being book smart is one thing, but when you put it out in the field, it can be so far from reality. Set back and listen, gain information, but don’t think it’s automatically the right answer either. Go slow, especially when you're haying.

Who is your mentor or hero in the farming world? I don’t really have a hero or mentor or a single person. I think of Cindy's dad a lot since he helped us for several years when we first started (and it's his last name on the farm).

My grandfather had a big farm in Greece, NY, and he died when I was three. I only have a few flashes of memories from the old farmhouse. My Uncle Ben took over the farm and sold it in '64 to buy a bigger farm in Hamlin, NY. I think of him as a kind of mentor or example. We didn’t work side by side throwing bales of hay or spreading manure, but I looked up to him. He worked off the farm at night at Rochester products, and then came home and farmed all day. 200+ acres of hay, pigs, and cattle. He retired from it all and sold the farm in the mid 70's. Always a hard worker.

Favorite season? Why? My favorite has got to be summer. We started doing a farmers market where I can look at the customers and see how happy they are. The market also gives my wife and I a chance to spend the day together.

What plans or hopes do you have for your farm in the future? We’ve got a couple grants in the works – like a new feeding facility to get our cattle out of mud in the spring. Hopefully we’ll be done by next winter. I’m kinda tight with money around here, but they say you have to spend money to make money, so I’m investing in some more projects here to benefit the animals, the land, and eventually my wallet too.

Chickens are a new venture for us too. Our 10 yr old grandson Justin, lost his leg in an accident when he was just 4 yrs old. I always worry about him. Last year someone gave Justin some chickens. He would collect the eggs and take them around to the neighbors on his bike. 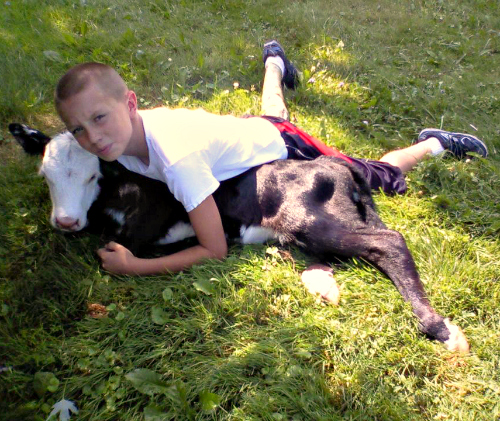 One day while I was in one of the retail organic natural food store that buys our beef, I noticed the egg shelf was almost bare. I asked the manager and she told me the small farms that supplied them with local eggs, have been getting out of laying hens. I went home and worked the numbers and did more research. I ordered 100 chicks last fall thinking that this is venture I could get started for Justin. As the chicks where growing out, Justin helped me pound in posts and run new fencing, and helped catch and move them.

The birds are CNG, Certified Organic and Animal Welfare Approved. The chicks started to lay a few weeks ago, and the first orders went out last week. We still have to work out a few things. It is a learning curve for sure. We are currently working on a chicken coop on an old trailer frame so we can move it from pasture to pasture behind the cattle.

An article in the local newspaper!