The People and History of CNG

In celebration of our 15th year of serving farmers, we're proud to share the story of CNG, and what some of our members and staff have accomplished over the years. We have a new website, and new bumper stickers and handbooks, but we're still guided by the same principles that first brought farmers together in 2002. Here's a look at how we've grown over the years.

In 2002, when the National Organic Program took effect, farmers in New York’s Hudson River Valley laid the groundwork for their own grassroots certification. What started as a regional program appealed to farmers across the country, so it quickly grew. Our organization was completely managed by farmers for the first five years. 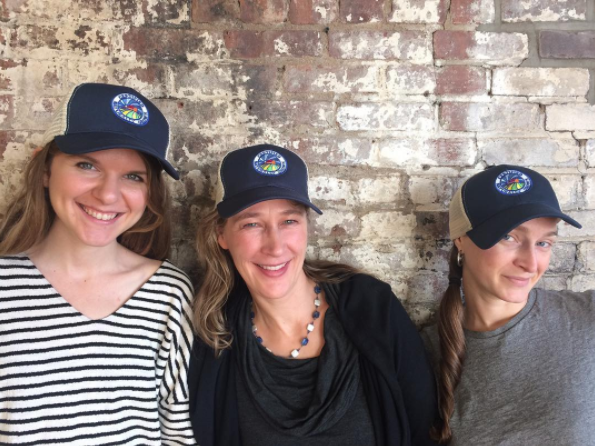 In 2006 Alice came on as director. She has since been joined by Hannah, Aly and most recently Lindsey Jo, who work together to keep CNG’s programs running strong. While each staffer brings a distinct set of skills to our organization, all have experience working on farms and/or at farmer’s markets and CSAs. 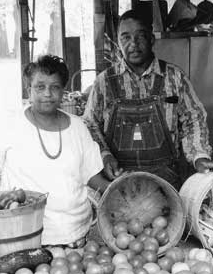 The farmers who have been with CNG the longest are Alvin and Shirley Harris, of Harris Farms in Millington, Tennessee, just outside Memphis. The Harrises have been farming since 1971, focusing on vegetables and blueberries. They started growing completely naturally in 1991, and they joined Certified Naturally Grown in 2002, shortly after the program began.

Alvin told SARE (Sustainable Agriculture Research & Education), “when I went to chemical school, I learned that the same petroleum-based chemicals we put on plants are used in chemical warfare to kill people. Even though farmers are using smaller doses, there must be a cumulative effect.” Through trial and error, the Harrises learned a different approach to farming that worked with nature, not chemicals, to improve their soils and enable their crops to thrive. They are greatly admired by, and have generously shared their knowledge with, up and coming farmers in the Memphis area. Read SARE's profile of Harris Farms here.

Back when CNG was founded, Facebook had not yet been invented. Today more than one third of our membership - at least 270 CNG producers - are active on social media. Instagram has been an especially effective tool for connecting members all across the country. The hashtags #CNGproud and #certifiednaturallygrown have made it easy to see what's happening on other members' farms - from demonstrations of new equipment, to extreme weather, abundant harvests, and innovative techniques. Some members created their CNG accounts before getting into social media, so here’s a quick reminder: login to your certification account to update your contact information with links to your Facebook, Instagram, and/or Twitter accounts. When you do this, an icon for that platform will appear on your CNG profile, and conveniently link visitors to your accounts.

So far this year 142 producers have been accepted into one or more of CNG’s five certification programs (produce, livestock, aquaponics, mushroom, and apiary). Some of these folks are working toward completing their certification, while others are fully certified at this point. As usual, the state contributing the most new CNG farmers is Georgia, with 15 coming from the peach state so far this year. New York has contributed the next highest number, followed closely by Arkansas, Tennessee, North Carolina, Michigan, and Colorado. We can’t wait to see what the second half of the year brings!

You may also enjoy our recent blog post, 5 Fun Facts about CNG Members.