When Organic Laws Don't Include PGS

(This article was written for the Global PGS Newsletter of IFOAM, the International Federation of Organic Agriculture Movements by Alice Varon, Executive Director of Certified Naturally Grown. Participatory Guarantee Systems (PGS) are locally focused quality assurance systems. They certify producers based on active participation of stakeholders and are built on a foundation of trust, social networks and knowledge exchange.) 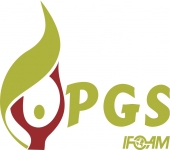 Recent developments in the United States may serve as a cautionary tale for leaders seeking to formalize the organic certification process in their own countries. When the use of the word “organic” is regulated by law, and requires third-party certification without allowing for a PGS model, it can complicate and even hurt the organic movement.

In February, leading organic food brands in the United States, under the banner of a new organization called Organic Voices, launched a campaign called “Only Organic.” This campaign is a response to the misuse of the word “Natural” by packaged food companies to market processed foods that contain genetically modified ingredients and synthetic additives. The organic food brands are concerned that these impostors are misleading consumers and eating into their market share. Their response, however, has been to vilify the word natural and make an exclusionary claim: “only organic”. The approach of the Organic Voices campaign, paired with the regulatory context in which it occurs, has the potential to hinder the growth of the organic movement at the grassroots, though this is surely not what was intended. 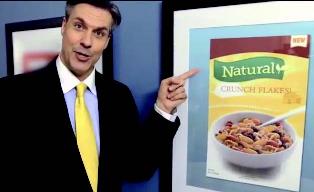 At one level, anyone committed to the organic movement and integrity in food labeling can appreciate the Organic Voices campaign. The organizers were smart to launch it with a humorous video featuring a slimy ad executive from the “false advertising industry” who delights in helping clients sell more processed food to unwitting consumers simply by slapping the word Natural on the packaging. In one scene, rows of office workers rubber-stamp “applications” to use the word natural – no application is denied – illustrating the campaign’s point; “Natural” on food products does not signify that certain standards have been met.

Where the campaign goes off track is at the end of the video. Words appear on the screen:

People deserve to know the truth about their food. Look for the Organic seal.”

In the context of a conversation about packaged food brands, these statements are not controversial, and they include good advice. But if you expand the context to include fresh produce and the farmers growing it, then these claims are false and exclusionary. There is at least one seal besides organic that makes these very same assurances – Certified Naturally Grown (CNG).

It would be unrealistic for us to expect that a coordinated marketing campaign of some of the world’s largest organic brands will take into account the concerns of a grassroots group of farmers and food activists, especially when the organic brands are taking on the false advertising of their GMO-friendly counterparts in the processed food arena. However, for the sake of the public record, we felt it was necessary to respond. (Read CNG’s response to the Only Organic campaign.)

How is it that Certified Naturally Grown producers find themselves lumped together in the same category with unscrupulous processed food marketers? Why must they now be on the defensive for using the concept of natural, when they’re using it appropriately, according to its true meaning?

This situation is a byproduct of the approach to organic certification that was taken in the United States. Three features are particularly significant here. 1) The US Department of Agriculture certification is mandatory for almost any producer wishing to use the word organic; 2) there is no accommodation in the regulations for a PGS model, such as CNG uses; and 3) the exemption for small-scale producers is extremely low, applying only to those “farms” whose gross agricultural income from organic sales totals $5,000 per year or less.

Certified Naturally Grown was founded twelve years ago on the PGS model, tailored specifically for direct-market farmers committed to organic practices. CNG’s standards – just like the organic standards – prohibit the use of genetically modified organisms, synthetic pesticides, growth hormones and prophylactic antibiotics. However, because the National Organic Program doesn’t accommodate PGS, CNG producers are not allowed to use the word organic to describe their farm or products unless they also go through the USDA’s third-party organic certification process. (A small percentage of CNG farmers do have organic certification as well.)

The advantage of the approach taken in the United States – and it’s significant – is that the GMO-friendly processed food companies can’t use the word organic on their packaging without breaking the law. This is a hard-fought victory that should be honored. The organic seal is an important and valuable tool for consumers. But it is not the only game in town.

And that should be embraced as a positive development. After all, diversity is our strength, both in nature and in our movement. More choices for farmers will mean more farmers participate. Whether it’s a single government-run program or a set of certification options that encourage and uphold sustainable practices, what’s most important is that more producers choose to participate, and that they’ll find greater success – in the form of increased productivity and community support – as a result. This is how our movement will grow.

This article was first published by IFOAM, the International Federation of Organic Agriculture Movements, in the March/April issue of the Global PGS Newsletter. For more background, see IFOAM's Policy Brief "How Governments Can Support Participatory Guarantee Systems (PGS)" and their PGS Resource Center. To subscribe to the Global PGS Newsletter, send an email request from their newsletter archive page.